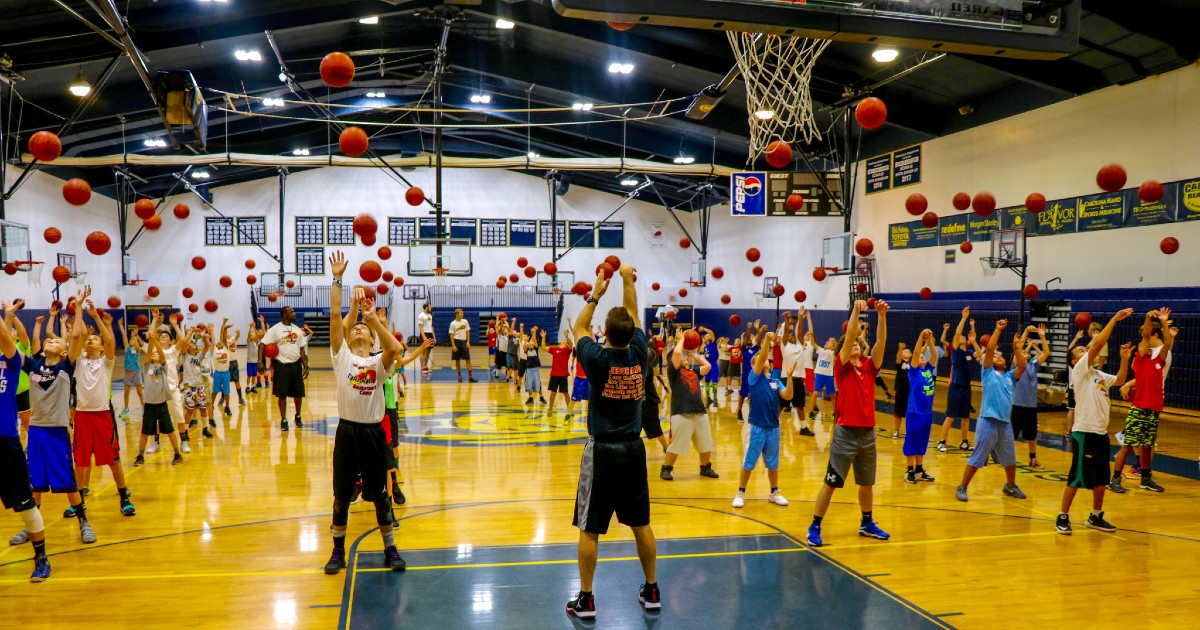 The Crossfire basketball camps were started in 1993 after Randy combined his camp with the ministry. Randy had already been leading his own camp, which he began in 1990.

The camps have been a testimony to the Lord. Randy was praying about a basketball camp in 1990 when he was ministering with Spirit Express based in Memphis, TN. One day while attending a Christian Businessmen’s support meeting in Asheville, NC Randy was approached by Robert Hoey, principal at Asheville Christian Academy. He said “If you ever want to have a basketball camp in Asheville, you can use our facility at the Academy for free.” He also said “I have a friend that owns a T-shirt company, and I believe that he will help you with the T-shirts.” Randy thought, “Lord, you must really want me to have this camp.” A few days later, a high school friend, Tom Clark, called and offered Randy free printing from his printing company.

The goal was to have 100 boys for the first summer. Randy said, “Lord if one boy comes to Christ the camp will be a success.” By the cut off date, 175 boys had signed up with 35 on the waiting list. Over 100 boys prayed to receive Christ the first year. The next summer a girl’s camp was started along with the boys. Since then over 23,000 young people, boys and girls, ages 6-18 have come through the camps.

In 1993, Randy was blessed to have Jamie Johnson join him as Co-Director of the camp.

The goal of the camps is to provide Christ-centered, fun-filled, learning experiences. The camps are designed to teach the fundamentals of basketball and give campers added game experience. They will also hear the Gospel of Jesus Christ along with hearing messages grounded in Christ that provide many principles for living in today’s world! Today’s youth need encouragement, support along with some accountability as they move forward.

After leading the basketball camps for twenty plus years the ministry has seen over 15,000 make “Professions of Faith!” This is what excites Randy and Jamie the most, seeing lives changed for all of eternity. Many parents have made decisions for the Lord as well. And gratefully the Lord has also used the camps to train the campers in basketball fundamentals that has helped them compete on the next level from High School to College to Pro!

What Do You Need To Bring To Basketball Camp? Click Here!